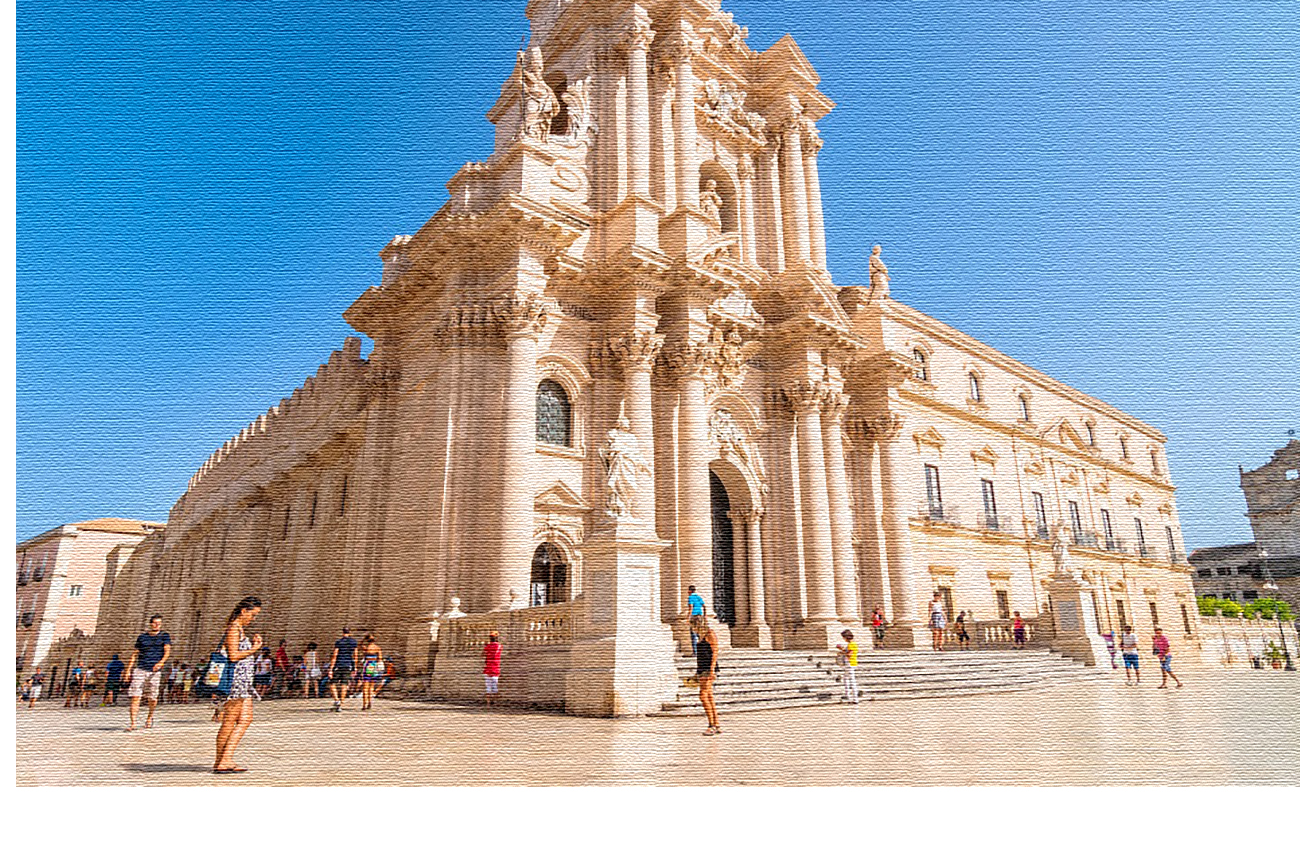 What to see in Ragusa and in the surrounding territories

Visit Ragusa has its natural frame of reference in the Val di Noto: a vast territory which is located in the southeastern part of Sicily.

It is characterized by a variety of unique landscapes and by an ancient culture. The dominations which have left here their mark range from the Sicels to the Greek, Roman, Byzantine, Arab and Norman. These influences coexist with the precious baroque heritage entered in the World Heritage List by UNESCO. In 1693 a devastating earthquake destroyed most of the cities which were located in this area of ​​Sicily. This is the reason why they were rebuilt in Baroque style. Cities such as: Ragusa, Modica, Scicli, Noto and Syracuse are now considered architectural masterpieces thanks precisely to this style, which can be found in most of their religious and civil buildings.

The city has over 71,750 inhabitants and is divided into two zones: Ragusa and Ibla. Its origins are very old (date back to the second millennium BC) but it is only with the Greek domination that it began to look like of a small town. After the 1693 earthquake, the city was rebuilt in Baroque style and today is considered one of the most important tourist destinations thanks to the presence of monuments which, in 2002, have been declared World Heritage by UNESCO. Currently, its economy is based on both the agricultural and industrial activities, but also on tourism.

Here, in fact, the journey becomes an experience thanks to the union among culture, tastes, smells and warmth of the locals.

Modica, whose name would originate from the Phoenician “Mùtika” (hotel, residence), is located in the southern area of ​​the Iblei Mountains. The dominations who ruled it, followed one another: from the Greek to the Phoenicians up to the Normans. It was during the Norman domination, that the city acquired the title of “County” and became one of the most important estates of southern Italy. Moreover, following the 1693 earthquake, Modica found himself to be even more beautiful: the rebuilding was rapid and damaged buildings were restored in baroque style. What makes the city so fascinating is also its location. The city is divided into two areas: Modica alta, nestled between the mountains, and Modica bassa, located where once two rivers flowed and where now there is “Corso Umberto”, the main street of the city.

It  is a mandatory destination for all travelers who arrive in this part of Sicily.

is among the most important cities of the Sicilian Baroque route. The Baroque was, in fact, one of the happiest periods of architecture in the city, where there are many examples of buildings and churches in this style: Palazzo Beneventano, la Chiesa di Santa Teresa, la Chiesa di San Bartolomeo and other architectures rebuilt after the earthquake of 1693. The city is at the junction of three Walloons and its territory, which spreads from the sea to the mountains iblei, is characterized by a varied landscape ranging from the coastline to hills, dotted with olive, almond and carob trees.

Noto is defined as “The Capital of Baroque” and, in 2002,  it has been declared a World Heritage by UNESCO along with other late Baroque towns of Val di Noto. Its old town, known as Noto Antica, was of great political and cultural importance both under the rule of the Romans and during the Arab domination. It also became one of the leading military and economic centers of the south-eastern Sicily between the fourteenth and sixteenth centuries. Noto as we know it today, represents the “new” city rebuilt after the 1693 earthquake with the baroque style that has made it famous around the world.

The city, founded in 734 BC by Corinthian settlers, was described by Cicerone as one of the most beautiful of the Greek culture. It was also the largest metropolis of the ancient greek world, as it  founded in turn other colonies in Sicily. Among the many tyrants that the city had, worth mentioning: Gelon from Gela, the first tyrant of Syracuse that provided the city with a large army and with one of the most powerful fleets in the world; Dionysius of Syracuse, who brought the polis to a great expansion. For over half a millennium, Syracuse lived as a protagonist of its time, until the conquest by the Romans took place in 212 BC.

Its long history and its cultural and natural heritage attract, every year, many visitors  from all over the world.

In addition to the many cities of great historical and cultural significance, the Hyblean territory has natural areas, such as: The River Irminio Nature Reserve, The Natural Reserve of Aleppo Pine and the Natural Reserve of Vendicari, where beautiful landscapes meet beaches and coves with a crystal clear sea. Last but not least, here gastronomy is  full of flavors hard to forget!